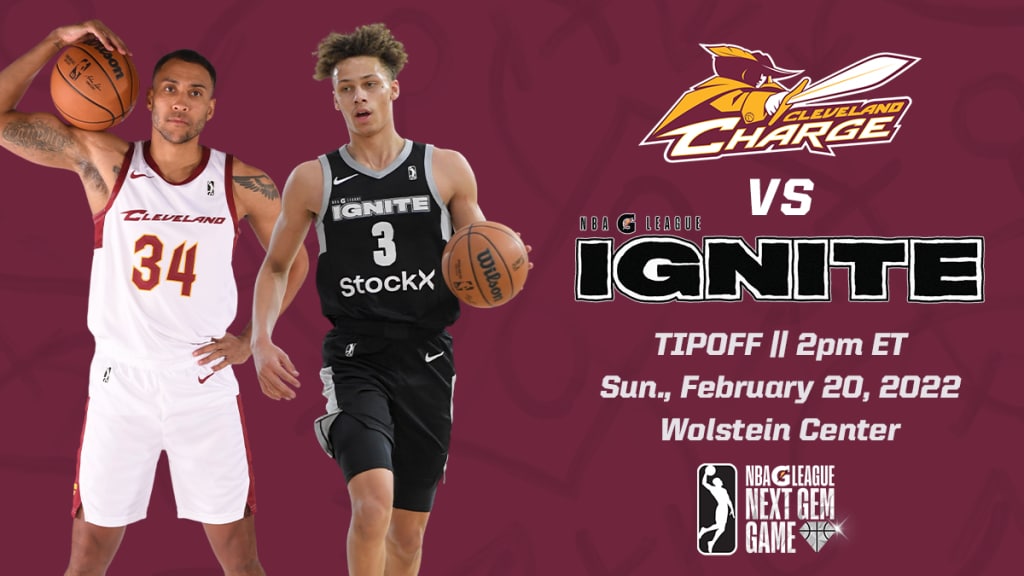 NEW YORK, NY – The Cleveland Charge, presented by Cleveland Clinic, will be participating in NBA All-Star 2022’s NBA G League Next Gem Game in Cleveland at Cleveland State University’s Wolstein Center on Sunday, February 20 at 2:00 p.m.  The Charge will face G League Ignite in a showcase of the some of the top young players in the NBA G League, televised nationally on NBA TV.

New for NBA All-Star 2022, the NBA G League Next Gem Game is an homage to the NBA’s 75th Anniversary “diamond” season.  With downtown Cleveland becoming the center of the basketball universe during All-Star weekend, the Charge were selected to take on Ignite in an exhibition of the bright young stars of tomorrow.  The Charge are loaded with hoops talent ready to land their spot in the NBA and have had six NBA Call-Ups so far this season: Kyle Guy (Miami), Justin James (New Orleans) Malik Newman (Cleveland), Norvel Pelle (Boston, Utah), and Tre Scott (Cleveland). 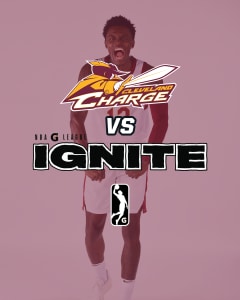 “While the NBA’s brightest stars of the past & present will be in Cleveland throughout All-Star Weekend, it is a welcome addition to have some of tomorrow’s best burgeoning talent on display in this Next Gem Game,” said Cleveland Cavaliers President of Franchise Properties Mike Ostrowski.

NBA G League Ignite is a first-of-its-kind team dedicated to developing top young prospects in preparation for the NBA Draft.  Based in Walnut Creek, Calif., the roster includes elit

e players who are eligible for the NBA Draft as well as NBA and NBA G League veterans who serve as mentors to the team’s young talent.

Tickets for the inaugural NBA G League Next Gem Game are on sale now and start at just $17! Click here to land your spot to see the NBA’s brightest stars of tomorrow battle in The Land!

NBA All-Star 2022 in Cleveland will bring together the most talented and passionate players for a global celebration of the league as the NBA celebrates its 75th anniversary season.  The NBA All-Star Game will take place on Sunday, Feb. 20 at Rocket Mortgage FieldHouse.  TNT will televise the All-Star Game for the 20th consecutive year, marking Turner Sports’ 37th year of NBA All-Star coverage.  Rocket Mortgage FieldHouse will also host Clorox Rising Stars on Friday, Feb. 18 and State Farm All-Star Saturday Night on Saturday, Feb. 19.

Rock Entertainment Group is the umbrella entity of the teams and venues that are part of Dan Gilbert’s Rock Family of Companies.  It includes the NBA Cleveland Cavaliers, the AHL Cleveland Monsters, the NBA G League Charge and Cavs Legion of the NBA 2K League; the operation of Rocket Mortgage FieldHouse in Cleveland, Legion Lair Lit by TCP home of Cavs Legion in Cleveland and Cleveland Clinic Courts - the Cavaliers’ training and development center in Independence, Ohio. As the unified brand platform, Rock  Entertainment Group formally links multiple sports, venues, music, and content properties together to better position them collectively for collaboration, growth and new opportunities, while relentlessly creating amazing experiences for fans, teams, partners, stakeholders and thousands of staff members across the full spectrum of properties.